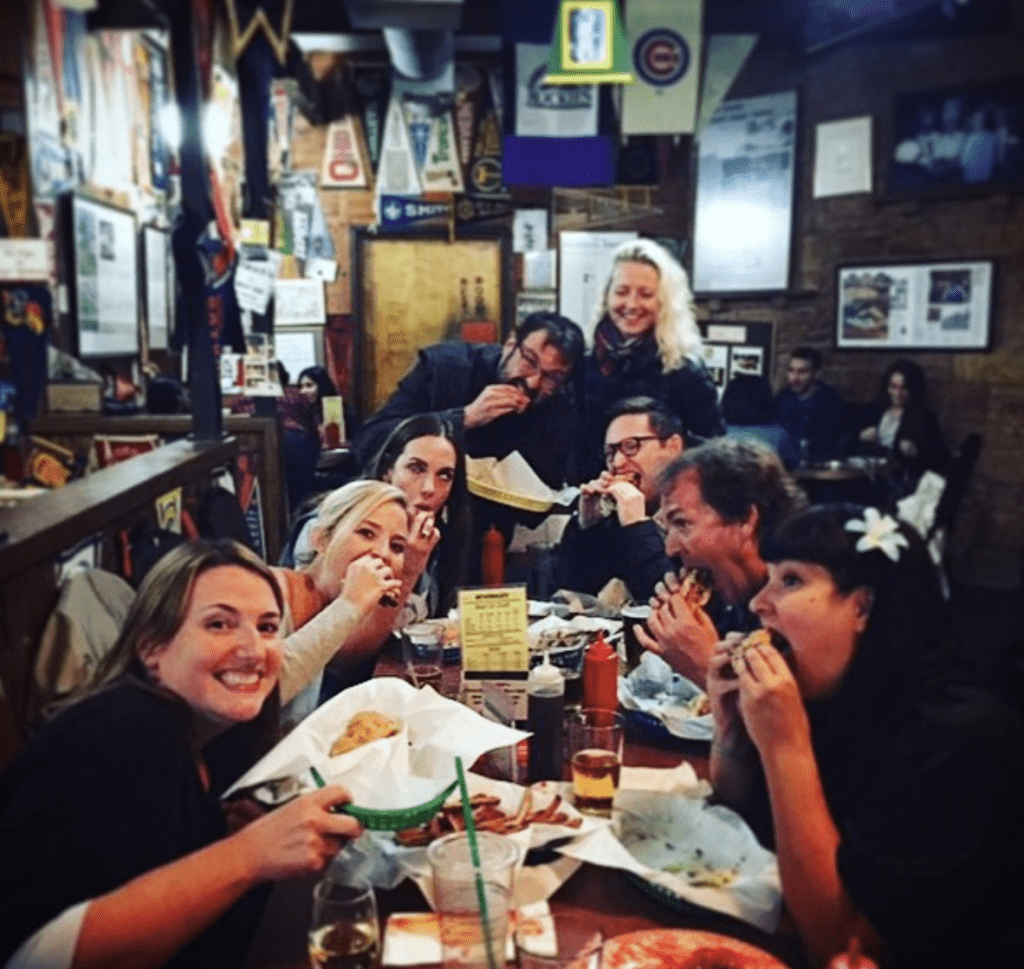 A group enjoy being at Stanich’s in October, 2017

Sometimes there can be too much of a good thing.

In May of last year a food writer called Kevin Alexander announced that he had found the best tasting burger in America.

After eating no less than 330 burgers in 30 different cities Alexander had ranked the top 100 and found a winner, which he published as part of a list on the popular food and drink website the Thrillist.

“This burger is a national treasure,” Alexander wrote of his experience at Stanich’s in Portland, Oregon.

“This burger, at an old mom-and-pop sports bar that’s been sitting in a random Oregon neighbourhood since 1949, is the best burger in America.”

The owner of Stanich’s was overjoyed at the news. “My parents are thanking you from the grave,” he said at the time.

And then something unexpected happened.

In a fascinating follow-up Alexander sought to unravel exactly what had happened.

It turns out that being crowned the best burger joint in America can have a serious downside.

Hordes of people had arrived to try the famed burger for themselves. Regulars were pushed aside. Newcomers experienced long waits. Disappointed diners started leaving negative reviews. The staff, many of whom were family members, started getting seriously stressed out.

In a matter of weeks the business was effectively ruined.

“If there was one main negative takeaway from the raging fires of food tourist culture and the lists fanning the flames, it was that the people crowding the restaurant were one time customers,” Alexander recently wrote.

“They were there to check off a thing on a list, and put it on Instagram. They weren’t invested in the restaurant’s success, but instead in having a public facing opinion of a well known place.”

A similar story of woe has been reported by some independent restaurants, bar and spa owners that have used daily deal sites like Groupon to promote their business.

After initially being wowed by an influx of newcomers, they have often found it a struggle to convert marauding bargain hunters into loyal customers willing to pay full price.

There is, it seems, no better way to build a business than organically, one happy customer – or perfectly crafted burger – at a time.

A version of this article was also published as part of a weekly column in the Lancashire Post, Lancaster Guardian and Blackpool Gazette.