I can just about remember being a small child in front of the television when I first realised that people drove on the other side of the road in America.

As I watched the A-Team van tearing up the highway I suddenly noticed they were driving on the right, and that the steering wheel was over on the left.

It was one of those moments that made me realise these things do not just happen by accident. At some point decisions have to be made. Systems have to be designed.

Over the years, as I discovered that in most places they drove on the right, I idly wondered whether we would ever change. It seemed crazy that we needed to get cars made especially for us, and that we had to remember which side of the road to drive on when we hopped across the channel.

But I soon realised that was never going to happen. Imagine the expense and the chaos. No country would ever make such a huge change. Except, of course, they did.

The date was the 3 September 1967, and the country was Sweden. On what became known as H-Day, short for Högertrafikomläggningen (which literally means “the right-hand traffic diversion”), millions of Swedes stopped driving on the left and started driving on the right.

They had a good reason to make the change. Their immediate neighbours in Denmark, Norway and Finland all drove on the right, and that led to many accidents on both sides of the border. Most Swedes drove left-hand drive vehicles too, making overtaking dangerous.

So in the years leading up to the change the Swedish government commissioned TV and radio ads. They published leaflets, produced stickers and placed notices on milk cartons. And they bought 1,000 new buses and retrofitted another 8,000 with right-side doors.

When H-Day finally arrived traffic was kept off the roads in the morning as all the road signs were changed around. And then, in the afternoon, people started driving again and it was almost as if it had always been that way. The A-Team would have felt right at home.

There is a great 99% Invisible episode about this – listen to the podcast here.

This article originally appeared in the Lancaster Guardian, where I am a guest columnist. 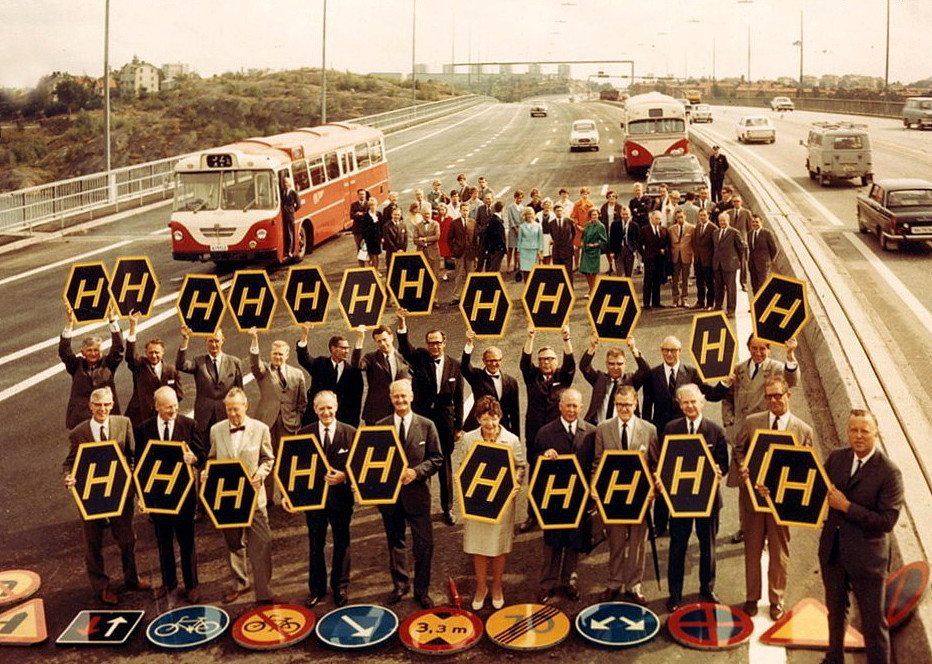