The importance of stripes

Horizontal stripes have been used to draw the eye and sign-post the audacious for centuries – from Medieval miniatures to the films of Tim Burton.

Whether used on a lighthouse or a zebra crossing, stripes grab our attention and in the very same moment tell us to stay away.

In nature they’re often the mark of something that’s out to confuse, or that’s about to sting you. They’re what Dennis menaces in, what Henry’s horrid in, what burglars burgle in, and convicts get paraded in. They’re what Picasso paints in, and the Ramones rage in. They’re the uniform of the outcast, the maverick, the carnivalesque….

The horizontal stripe brands those who’ve not toed the line, from medieval prostitutes to twentieth-century jailbirds.

In fashion they defy trends, age, class and gender.

Unparalleled artist, Pablo Picasso, was perhaps the most famous wearer of the Breton top but how did the striped top become part of the uniform of cool?

And now that psychologists at the University of York have established that hoops are visually slimming, can we all dare to wear?

It’s not all about being edgy; in the medieval church architecture of Northern Italy and the structurally striped and cantilevered stonework of American architect , we swap audacious for look-at me auspicious.

And artists have always been fascinated by the stripe, from Bridget Riley, to Agnes Martin; its apparent simplicity is, in fact, freighted with meaning.

A research team in the Netherlands discovered that viewing stripe patterns produces gamma oscillations in the brain which – in extreme circumstances – can cause seizures for those with photo-sensitive epilepsy and cause headaches, even for non-sufferers.

Why do horizontal stripes command so much attention? Is it perhaps something to do with the horizon, the ultimate horizontal line? 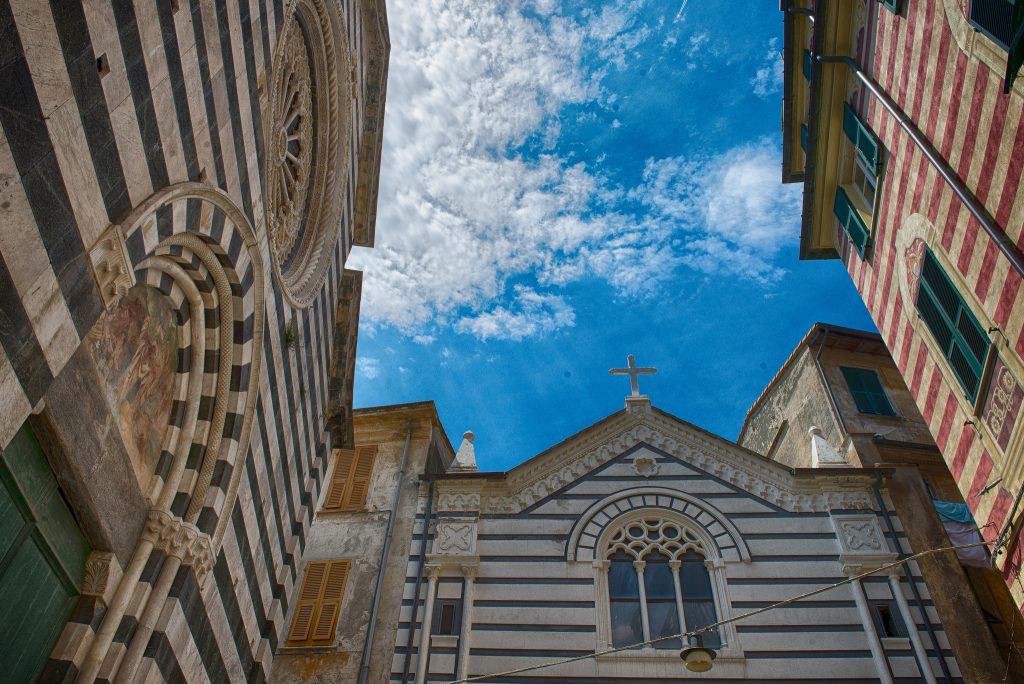