Getaway drivers and doom scrolling: the unintended consequences of innovation 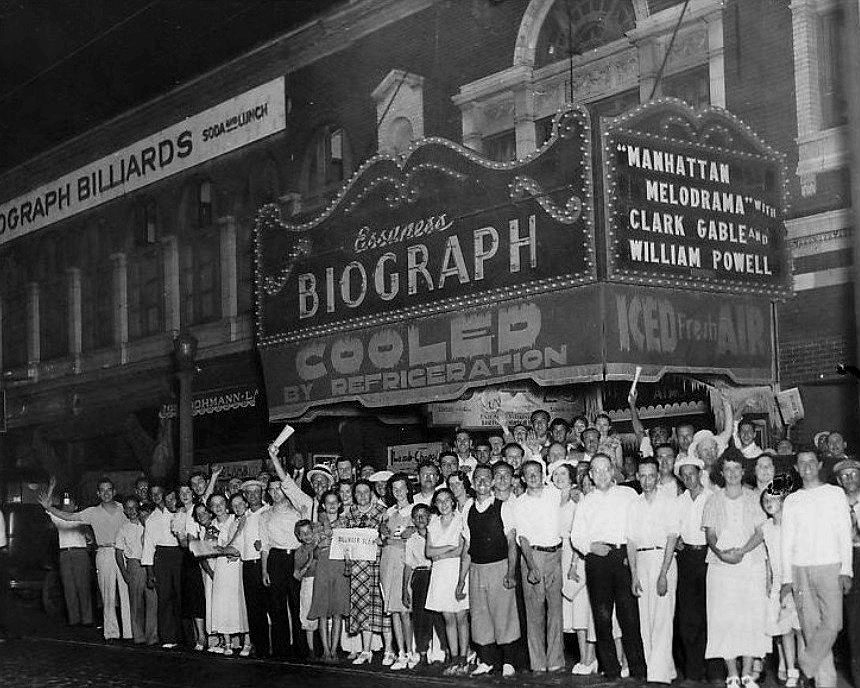 The crowd at Chicago’s Biograph Theater on July 22, 1934, shortly after John Dillinger was killed there by law enforcement officers. Photograph: Wikipedia / Public domain.

The development of the mass market motor car led to the creation of a new occupation: the getaway driver.

As cars became more popular in the early 20th Century there was a related spike in bank robberies.

No one took greater advantage of this trend than John Dillinger, who became a kind of folk hero in 1930s America due to his daring exploits, which included four bank robberies and two jail escapes.

Dillinger was such a fan of the powerful new Ford cars, such as the Model A, he even wrote a tongue in cheek letter to Henry Ford.

I want to thank you for building the Ford V8 as fast and as sturdy a car as you did, otherwise I would not have gotten away from the coppers in that Wisconsin, Minnesota case.

Yours till I have the pleasure of seeing you.

Today technology continues to be exploited for nefarious means.

Advances in computer-generated imaging (CGI) and artificial intelligence (AI) have improved the quality of special effects in movies, but have also made it possible to create so-called “deep fakes” – increasingly realistic depictions of politicians, celebrities and ordinary people seemingly saying and doing things that… they did not.

Social media was created with the lofty aim of making the world more connected. In this it has undoubtedly succeeded, but with the ability to like a friend’s wedding picture comes the ability to be exposed to orchestrated campaigns by hidden political operators funded by hostile states or special interest groups intent on dividing us.

Even seemingly simple innovations can have unintended consequences.

Back in 2012 a young Finnish entrepreneur called Aza Raskin had the shocking revelation that his invention had wasted the equivalent of more than a million human lifetimes every single day.

Raskin is the inventor of the “infinite scroll” – which enables content to continuously load automatically as we scroll down on our phones.

But what Raskin had not considered is that people would not stop scrolling. This form of compulsive behaviour even has a name – “doom scrolling.”

“I think when I look back, the thing I regret most is not packaging the inventions with the philosophy or paradigm in which they’re supposed to be used,” Raskin told Wired.

“There was a kind of naive optimism about thinking that my inventions would live in a vacuum, and not be controlled by market forces.”

This entry was posted in Behavioural Design, Scroll on 2 Aug 2022 by Guy Cookson.