Exploring type on the web

Posted on 16 May 2011 by Charlie Haywood
All Posts 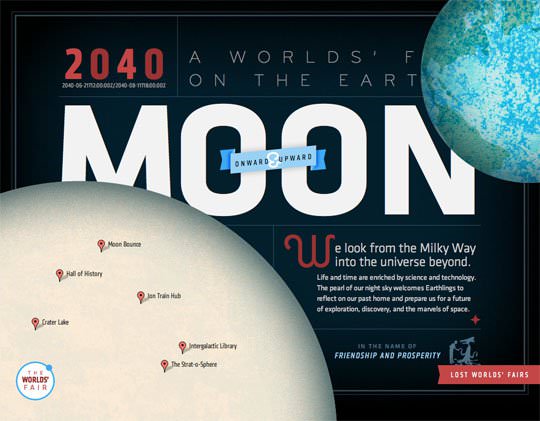 Lost World’s Fairs is an impressive look at how open font technology can now work typographically and aesthetically on the web (IE9 specifically) by Friends of Mighty – a collaborative group of designers and developers.

Jason Santa Maria is the founder and principal of Mighty, a Brooklyn-based design studio. “We decided to make designs around a grand series of events, the World’s Fairs. We initially started playing with ideas for the cities we all lived in, but ended up going with locales and fairs that never were. We wanted to feel unrestricted by the design and history that already existed from specific fairs and instead find ways to key in on design aspects of a particular time period.”

My personal favourite is Atlantis. What’s yours?