Bigger is not better on social media

It has been reported that some of the world’s biggest companies are having a rethink about advertising on social media.

This follows similar noises last year from their arch-rival, Proctor & Gamble, which owns 65 brands including Ariel, Gillette and Pantene. P&G cut around $100 million from their digital ad budget in 2017 citing issues of trust and transparency.

But in a recent speech at an industry event Marc Pritchard, chief brand officer at Procter & Gamble, made a point that perhaps reveals the real reason why these corporates are backtracking.

“Looking at it through the lens of the consumer, how valuable are these ads?” Pritchard asked rhetorically. “People use social media to share things about their lives with each other. And let’s face it, ads are annoying in that context.”

Well, some ads certainly are.

The problem for most mainstream corporate advertisers is that, for the most part, their products are just not very interesting.

This was not a problem when the world’s attention was focused on the television. The biggest brands simply paid to be where people were looking. They forced their way into public consciousness.

That approach no longer works in a world where we can block, skip or just scroll right past the ads we do not like.

And while big brands may have the largest budgets overall, they now have to compete for the same ad slots on social media with millions of small businesses which are individually targeting niche markets.

And it is those smaller, local companies that we generally want to hear about on social media.

When scrolling through my timeline on Instagram or Facebook I do not want to be interrupted with an ad about a fabric softener or toothpaste. Save that for ITV.

But a sponsored post about a local restaurant hiring a new chef and launching a fresh menu really could resonate.

It is a new world out there, and one that better suits smaller businesses with something to say, and something worth buying. 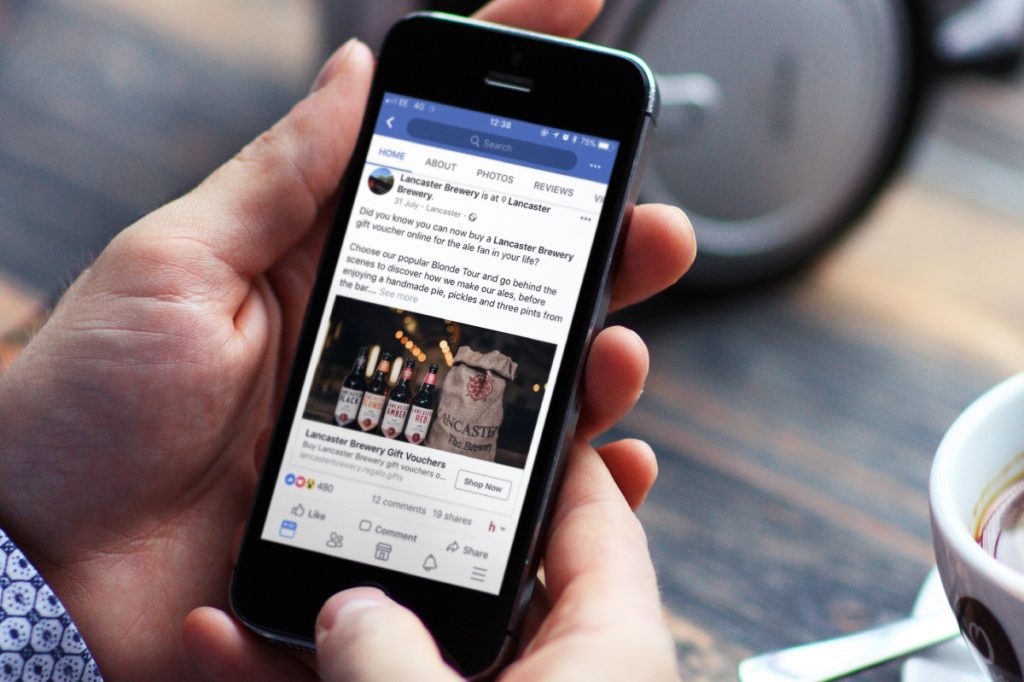 A welcome interruption from Lancaster Brewery

This article first appeared as part of a weekly column in the Lancashire Post, Lancaster Guardian and Blackpool Gazette.